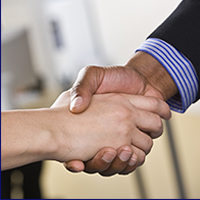 In today’s world, police officers are under so much scrutiny. It seems almost weekly, there’s another story in some media outlets of officer misconduct, or reports of systemic issues (racism, rogue officers, violation of civil rights, etc.) plaguing a police department.

In most organizations, you’re going to have employees who poorly represent the company they work for. In policing, however, these particular employees not only negatively affect their organization, but every other police organization across the country as well. Most police officers do a good job in maintaining public order in their respective areas. But what happens if there are a few officers in your organization who have the potential to be better at their job, but lack certain skills to be more effective? Worst yet, what if they already have the skill set, but lack the motivation to be better. Needless to say, neither scenario is a good option for any organization.

Let me give you a hypothetical scenario. Officer “Jones” works patrol and is considered by some a stellar officer. She hits the streets every day and is producing results. This means she’s getting guns off the streets, chasing bad guys, arresting gang members, and is proactive in being an enforcer. In the midst of doing her job in keeping the streets safe, Officer Jones also generates a lot of citizen complaints for her “inability to relate to people.” The majority of her complaints are for discourtesy, because she treats everyone (even those she generally interacts with) as if they are criminals. Her interaction with the public is curt and not very friendly. Officer Jones gets pulled aside by her Sergeant and is told the issue regarding her constant negative interaction with the public, and how it’s affecting her career. She listens, but the pattern continues. She’s subsequently disciplined for her actions, but the pattern still hasn’t changed. She receives a harsher punishment, and the behavior somewhat subsides. Officer Jones has aspirations to promote or go to a specialty unit (such as SWAT, gang unit, etc.), but she has too many complaints in her background. Officer Jones wants to improve her behavior, but lacks the self-awareness needed to recognize how her quirks upset those around her.

If you’re a police chief, manager, or frontline supervisor, and you have an Officer Jones, who’s disciplined multiple times for the same infractions, what are your options?
Do you reward her behavior by promoting her to a specialty position (where she doesn’t have as much interaction with the public)? Do you ignore this behavior as long as it hopefully doesn’t progressively get worse? Do you fire Officer Jones because she has not changed her behavior? Obviously, none of these are really good options. The problem with Officer Jones is she lacks self-awareness when interacting with people. This manifests to misinterpretations of situations, misunderstandings of people, and so forth. About 99% of our job is customer service where we are interacting with people who are likely having a bad day. If an officer is lacking this fundamental skill and never develops it, the consequences can lead to a lack of trust with the communities we serve. Achieving a level of self-awareness is not something that happens overnight, or by just reading a book and writing a paper on the subject. In fact, many supervisors don’t have the formal training, knowledge, or time to address and solve the issue of their employees lacking self-awareness.

According to researchers such as Daniel Goleman (1998) and Jeff Auerbach (2005), coaching may be the most effective way to solve this issue, especially in the areas of Emotional Intelligence. This is why so many CEOs, business owners, mid-level managers, and other employees (in the public and private sector) use professional coaching to assist them in their personal and/or professional lives when it comes to growth, development, and achieving goals (including organizational goals). The biggest takeaway is that they get a holistic and fresh perspective in achieving their goals.

Working with a coach can help someone like Officer Jones improve on those soft skills benefiting her personally, and the organization she works for. Another added benefit is to the community, as she is now on the path to creating promising relationships. These positive relationships are the foundation of building trust. Since she has an interest in a specialty position, and working with a coach can help her get there. This personal transformation has the potential to help her during her career, even above and beyond her expectations.

There are other benefits of hiring a personal/executive coach. This includes:

What are your thoughts on coaching, specifically in policing? How could you benefit from coaching in your career? If you want to know more about how coaching can help you, email me at obedmagny@magnysolutions.com